US Foreign Policy has set the foundation for the Refugee Exodus 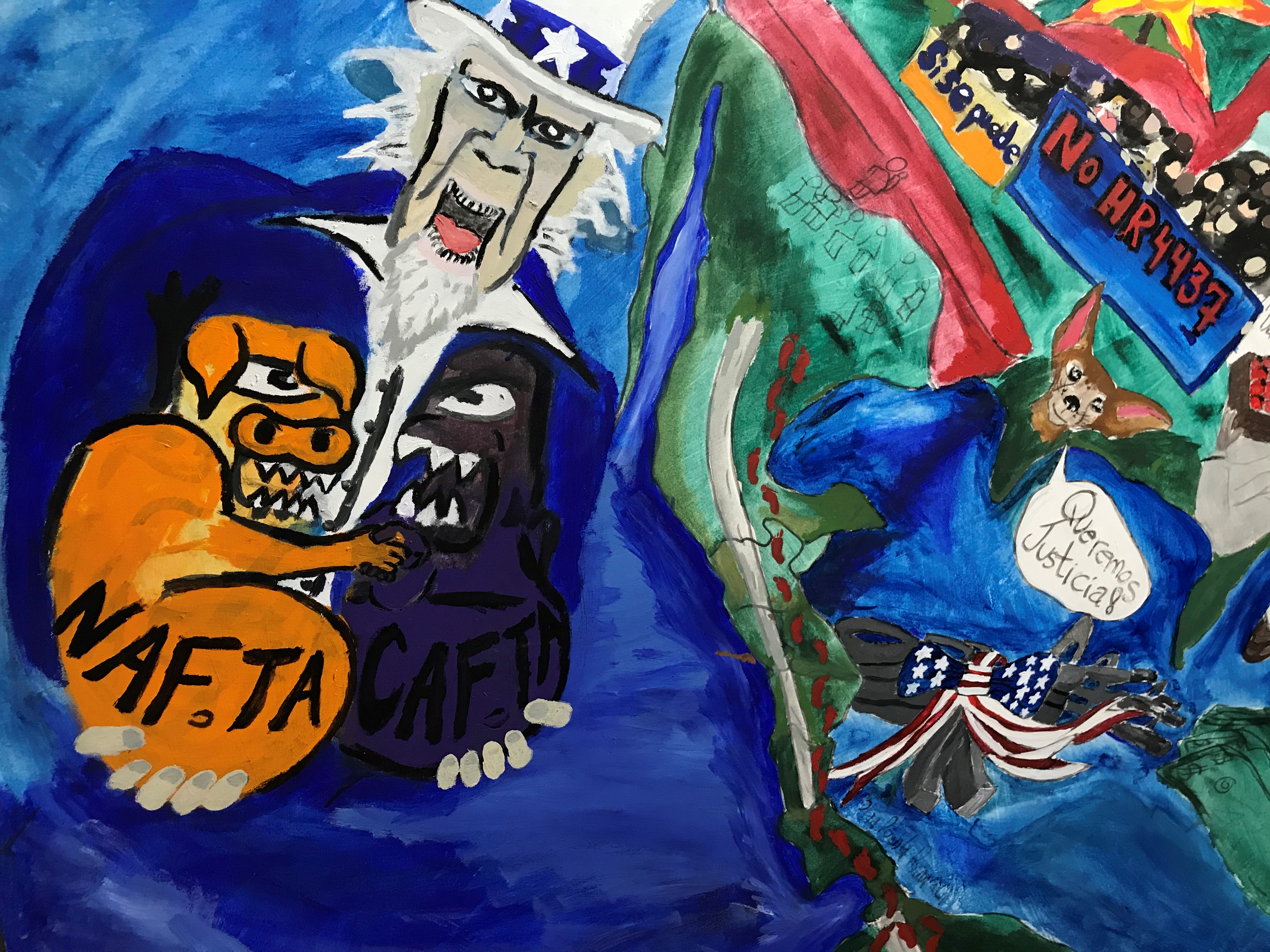 US Foreign Policy has set the foundation for the Refugee Exodus

Los Angeles, CA // Tijuana BC – The refugee exodus is not a new phenomenon, it does not exist in a vacuum and it has managed to challenge traditional concepts of borders, immigration law and the impact of US foreign policy and intervention. As thousands flee Honduras, it is necessary to note that caravans have been ongoing for decades, particularly from Central America. The use of the “caravan” as a strategy for travel throughout the dangerous migratory routes is a way for refugees fleeing violence to keep each other safe. They have grown over time as they receive greater attention in the media and due to the growing insecurity in the region.

Suyapa Portillo, Ph.D., originally from Honduras is associate professor of Chicanx and Latinx Transnational Studies at Pitzer College in California. In the following interview for Intercepted, she explains the historical role the US foreign policy has had in causing the destabilization of the Northern Triangle and throughout Central America:

“people are leaving Honduras for a lot of reasons. I think one reason is sort of the historical foreign policy of the U.S. in Honduras, right. For over 50 years, the U.S. has been sort of manipulating and engaging in Central America at different levels, right, military, diplomatic. And one clear example is the 2009 coup.”

Yara Simon, Senior Culture editor at Remezcla reported on the “US legacy of cruel and dehumanizing policies in Central America”:

“If you look further back in history, you’ll see more examples of how the US’ interventionism and harmed Central Americans. In the ’80s – a time when the US feared that these countries would fall under communist rule – intervened and provided military aid and training to authoritarian governments.”

Read more: Remezcla: The Caravan is a stark reminder of the US legacy of cruel and dehumanizing policies in central america