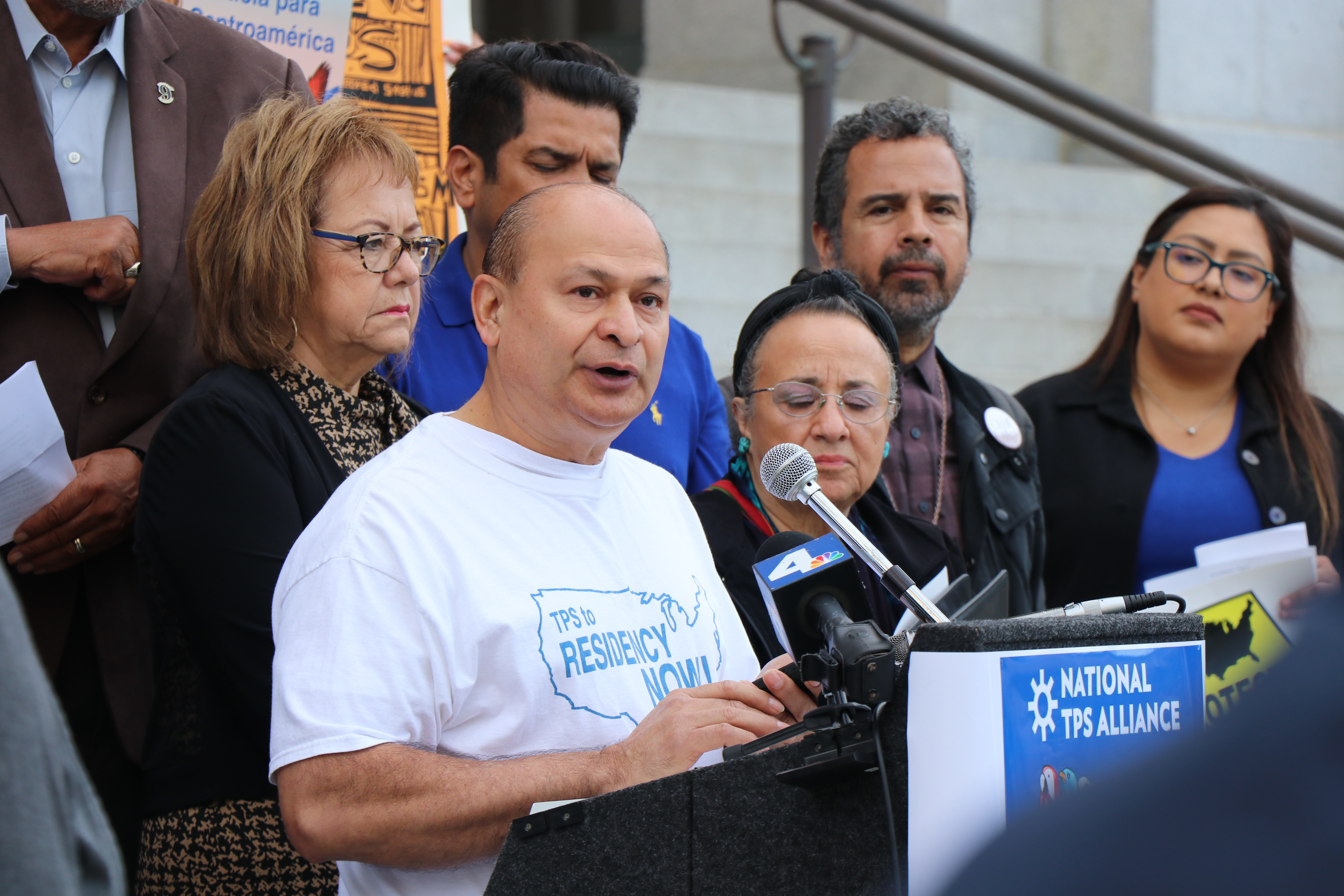 Los Angeles, CA-  In 2018 and 2019, the Trump administration terminated TPS for six countries and then TPS holders and their U.S. citizen children challenged the terminations in court–and won a temporary reprieve. After 16 months of back and forth negotiations, settlement talks between plaintiffs, legal team of the Ramos v. Mayorkas and the Biden Administration have collapsed as of Tuesday, October 25, 2022. As it stands more than 300,000 people are at risk of deportation with protections of TPS beneficiaries from El Salvador, Honduras, Nepal and Nicaragua are set to expire after December 31, 2022 and December 5, 2022 for nationals of Haiti. President Biden has redesignated TPS status for Haiti and Sudan but has yet to fulfill his campaign promise of redesignating TPS for the other four countries under this lawsuit.

Today in Los Angeles, a hub to over 34,000 TPS holders and one of the largest epicenters in the nation, CARECEN, community members and allies, elected officials, members of the National TPS Alliance, attorneys and plaintiffs of the Ramos v. Mayorkas Lawsuit, held a press conference at a Los Angeles City Hall to provide the latest updates and reactions.

“We condemn the Biden Administration for siding with his anti-immigrant predecessor, leaving hundreds of thousands of hard working people in continued limbo without protections. We will continue to fight in the streets, in the halls of congress, and in the courts for TPS families to remain together.” - Martha Arevalo, Executive Director of CARECEN-LA

“Today we feel a similar sentiment to when TPS was terminated by the Trump administration. We are profoundly disappointed that the Biden administration could not reach a just settlement with TPS families in the Ramos Case  in which me and my son are plaintiffs. While we the TPS holders need more than this temporary relief, a just settlement would have served to correct the great injustice inflicted on hundreds of thousands of TPS families” - Orlando Zepeda, TPS Holder, Plaintiff of Ramos vs Mayorkas Case and CARECEN Board-member

“TPS holders have called the United States home for decades and have built lives and settled their families here. They are integral members of the workforce and our communities, and they deserve to be recognized as such. That’s why I’m calling on President Biden to provide TPS protections for hundreds of thousands of people from El Salvador, Honduras, Nepal, and Nicaragua, whose protections are set to expire at the end of this year.”- Congress-member Judy Chu CA-27