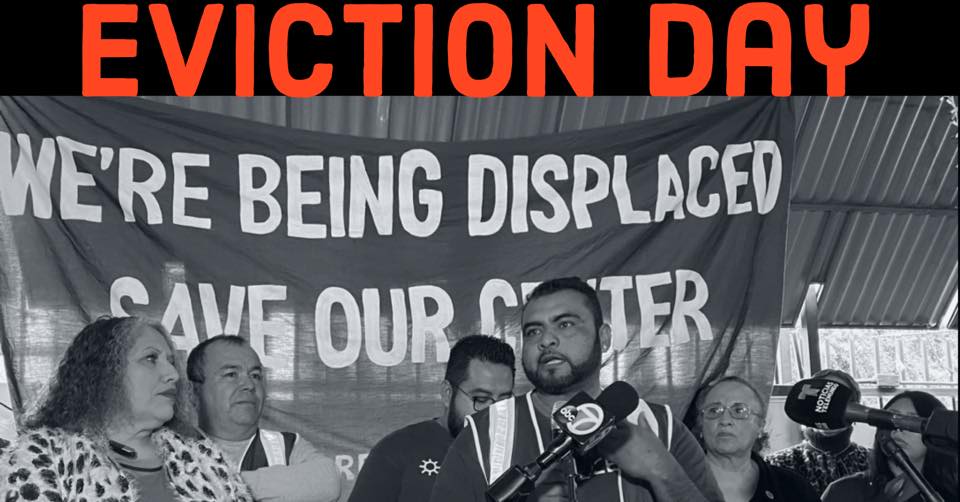 Los Angeles, CA - After receiving multiple letters that racially profile immigrants and attempt to mischaracterize CARECEN-LA contributions & mission, the property owners have doubled down on their threats to evict the worker center. On Friday January 17th, CARECEN-LA, day laborers and allies will host a community event to denounce the cruel attempt to evict the historic CARECEN-LA Day Laborer Center.

"The owner of Wilshire Union Center, L.P., began by criminalizing immigrants and workers, now they are attempting to scapegoat CARECEN-LA. We are not planning to leave and will fight alongside allies and community members to remain in the center that has contributed to this community for decades," said Jorge Nicolas, Day Labor Center Coordinator.

WHAT: STOP The Eviction Rally

Background: Only days before Christmas, the property owner sent a letter that mischaracterizes the day labor community and directly accuses individuals “who appear to be applicants” of the Day Labor Center as threats and criminals. Furthermore, the property owner demands that CARECEN-LA Day Labor Center vacate the property by January 17th. This letter profiles immigrants workers as criminals and threatens CARECEN-LA with eviction of the premises if it does not comply. Workers and community will gather to call on City Officials and allies to help defend the attacks against the Day Labor Center and protect our community. On Friday, January 17th, day laborers and allies will host a community event to denounce the cruel attempt to evict the historic CARECEN-LA Day Laborer Center.