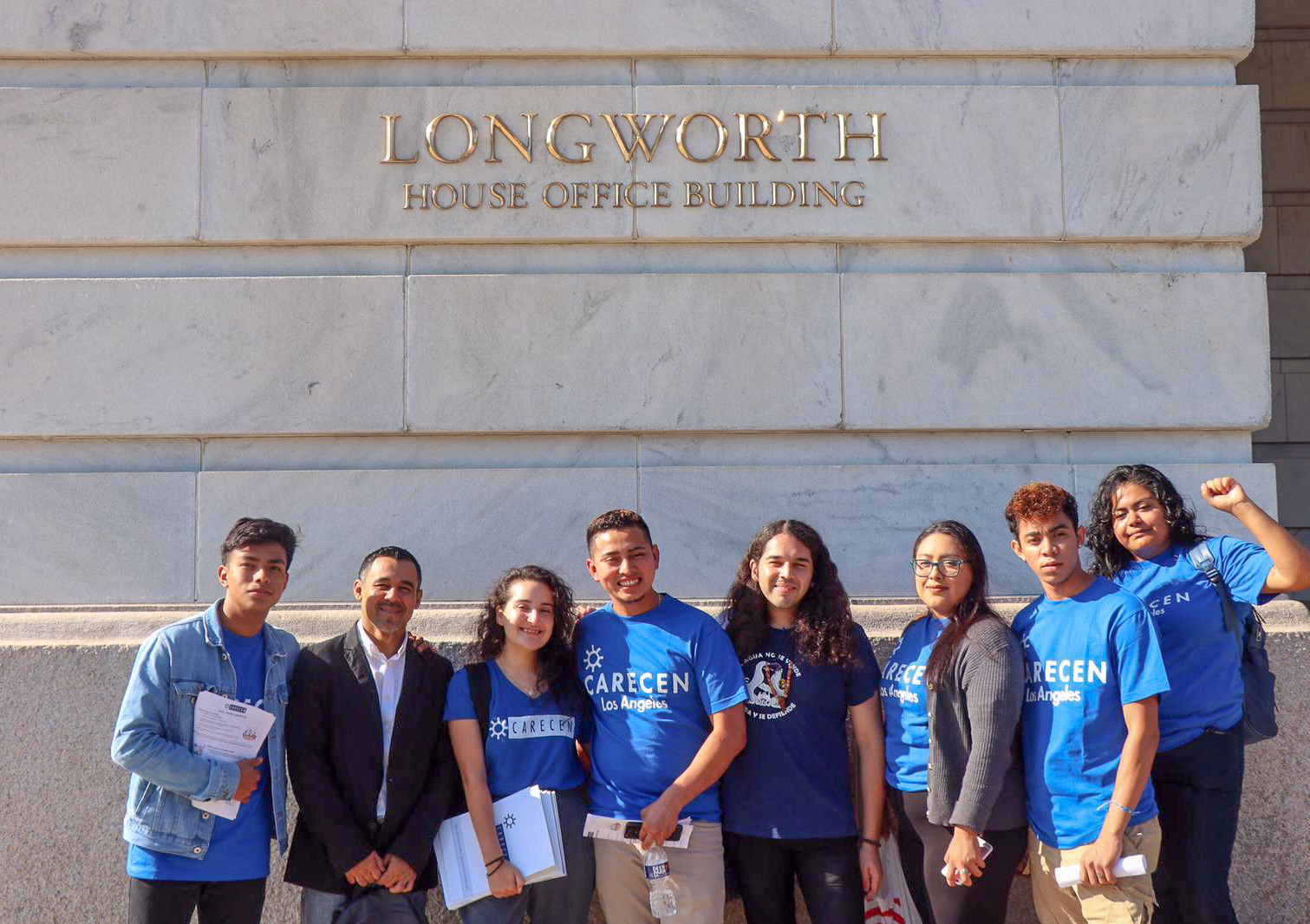 Washington DC / Los Angeles, CA – For the past year, Hondurans have been fleeing their country in large numbers and has resulted in growing number of caravans to seek asylum in the United States. While many have accurately pointed to poverty, violence and corruption as push factors, few have been willing to examine the role that US military aid directed to the Central America region has played in fueling and upholding corrupted institutions that are central to these push factors.

In March of this year, CARECEN-LA joined a delegation of Human Rights Observers traveling to Honduras to understand the roots of migration and listen to first hand testimonies of communities and individuals facing repression, poverty and corruption and forced migration.

“It has become clear to us that the United States has a direct role in perpetuating the refugee crisis and cannot be resolved without addressing the root causes of migration” said Jenny Villegas, Organizer with CARECEN-LA. “US military aid is funding officials and security forces prone to corruption and are given free-reign to repress their own citizens. The US cannot withdraw responsibility from the thousands of Hondurans fleeing Central America.”

A congressional briefing will be held in Washington DC in conjunction with the Congressional Hispanic Caucus to hear from policy & legal experts, testimonies from Honduran asylum seekers and a human rights attorney.

“We have all witnessed the atrocities committed at the US southern border, this briefing will aim to inform elected officials on the limitations being placed on attorneys, and we will highlight voices of directly impacted asylum seekers” said Xochitl Sanchez, Organizer at CARECEN-LA. “The influx of refugees in the southern border is a symptom of larger crisis: Immigration is not a domestic issue and any proposals without understanding the transnational context will fall flat. We must re-evaluate the role of the U.S in manufacturing the crisis at the border and the impact had in Central America.

As immigration discourse continues to polarize across the country we cannot ignore the inhumane treatment of migrants and the United States responsibility to respond in the region. CARECEN-LA and its partners will host a Congressional Briefing titled “Beyond the Border – Root Causes of Migration in Central America” with testimonies from asylum seekers currently living in the United States, Unaccompanied Minors, policy and legal experts from Honduras and they will hear testimony from Human Rights observers from the faith community who witnessed atrocities committed while in Honduras. In order to move beyond temporary and symbolic fixes, we must fully understand the root causes of migration and take responsibility for the push and pull factors that destabilized local economies.