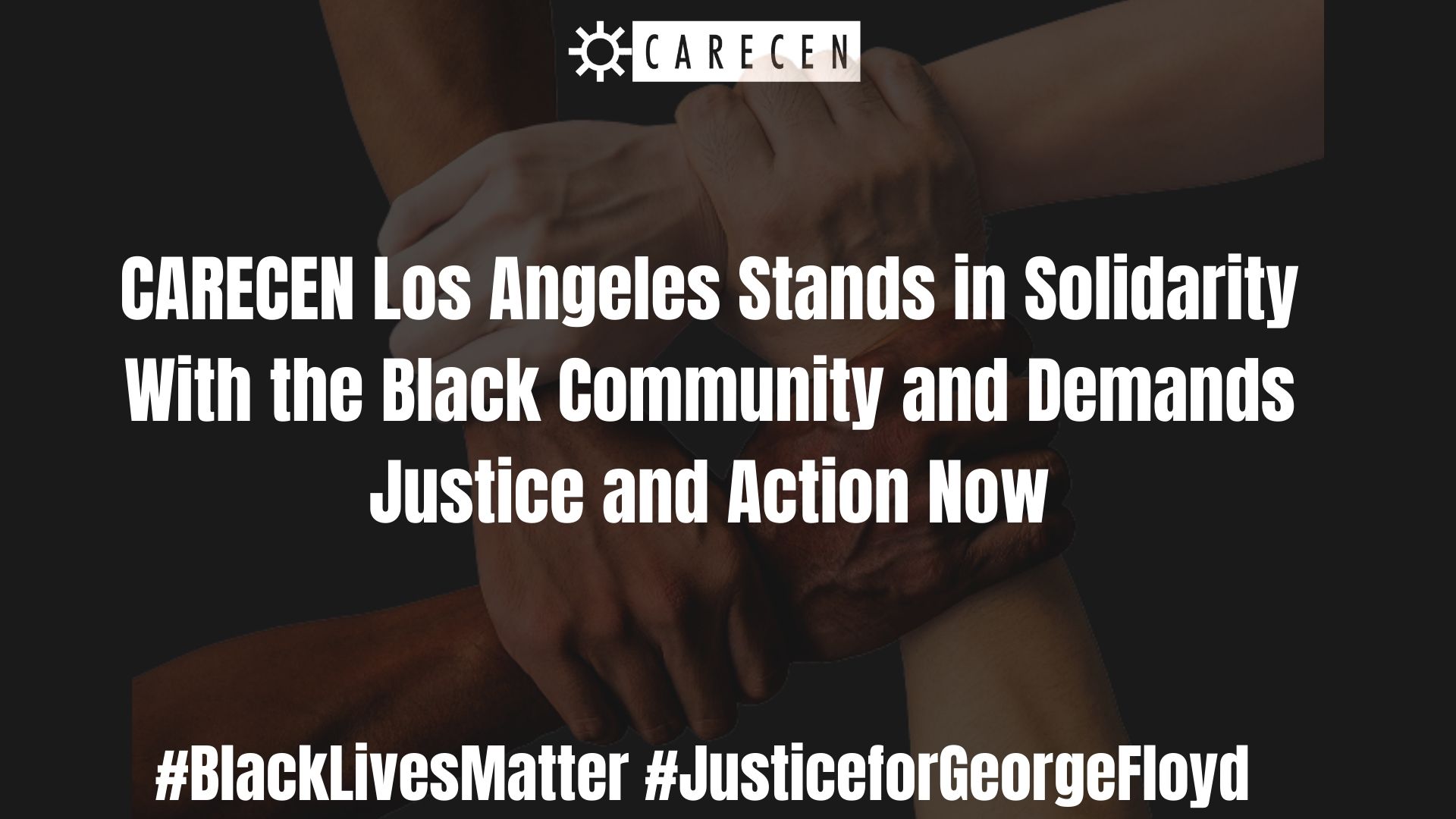 CARECEN Los Angeles Stands in Solidarity With the Black Community

and Demands Justice and Action Now

Los Angeles, CA – CARECEN-LA sends our condolences to the family of George Floyd, and all of those who have lost someone due to police violence and brutality.We join the nation’s call for full justice to be brought forth in the murder of George Floyd. We stand in solidarity with all of those who are taking the streets and fighting against systemic oppression and racism and the Black Lives Matter movement.

We are saddened and outraged at the lack of government leadership in this moment of crisis. We all have a responsibility to be proactive, address the root causes of racial injustice and fight against police violence inflicted on the Black community. We are witness to a collective call to action against decades of trauma. Silence is not an option.

The protests have mobilized hundreds of thousands against racism and police violence, yet leadership has responded with brute force and mobilized police and the National Guard. This has caused hundreds to be shot at with rubber bullets, tear gassed, and beaten by officers without cause. We denounce the ever-growing military tactics being used throughout the nation.

This is the wrong approach and will only lead to greater damage to the fabric of our communities and greater militarization against people of color.

Instead, this is the moment for proactive leadership. We look to local and state officials to divest  from funding and equipping police with military grade weapons that are used against communities of color. We must acknowledge how these tactics have been utilized against our communities, and create real legislative and community driven policy solutions.