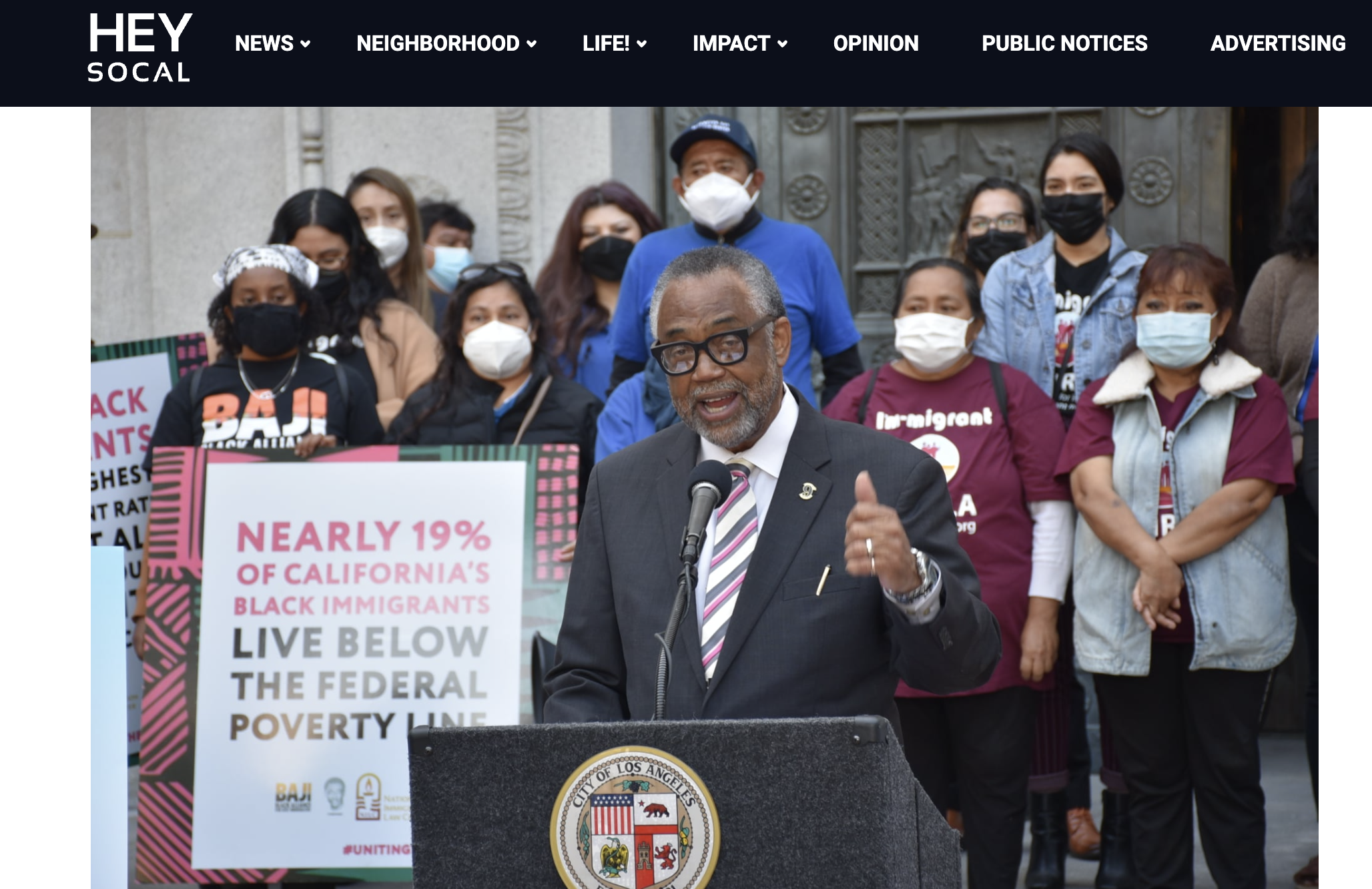 A $1.25 million Immigration Relief Fund was announced by Councilman Curren Price Wednesday to help people in his district, with the money split between three major immigration rights organizations in Los Angeles.

The funding is aimed at assisting people in Council District 9, which Price’s office said is about 80% Latino and has a high proportion of people born outside of the United States.

“I see firsthand the contributions these individuals make, not only to our neighborhood, but our city as a whole,” Price said Wednesday morning outside City Hall.