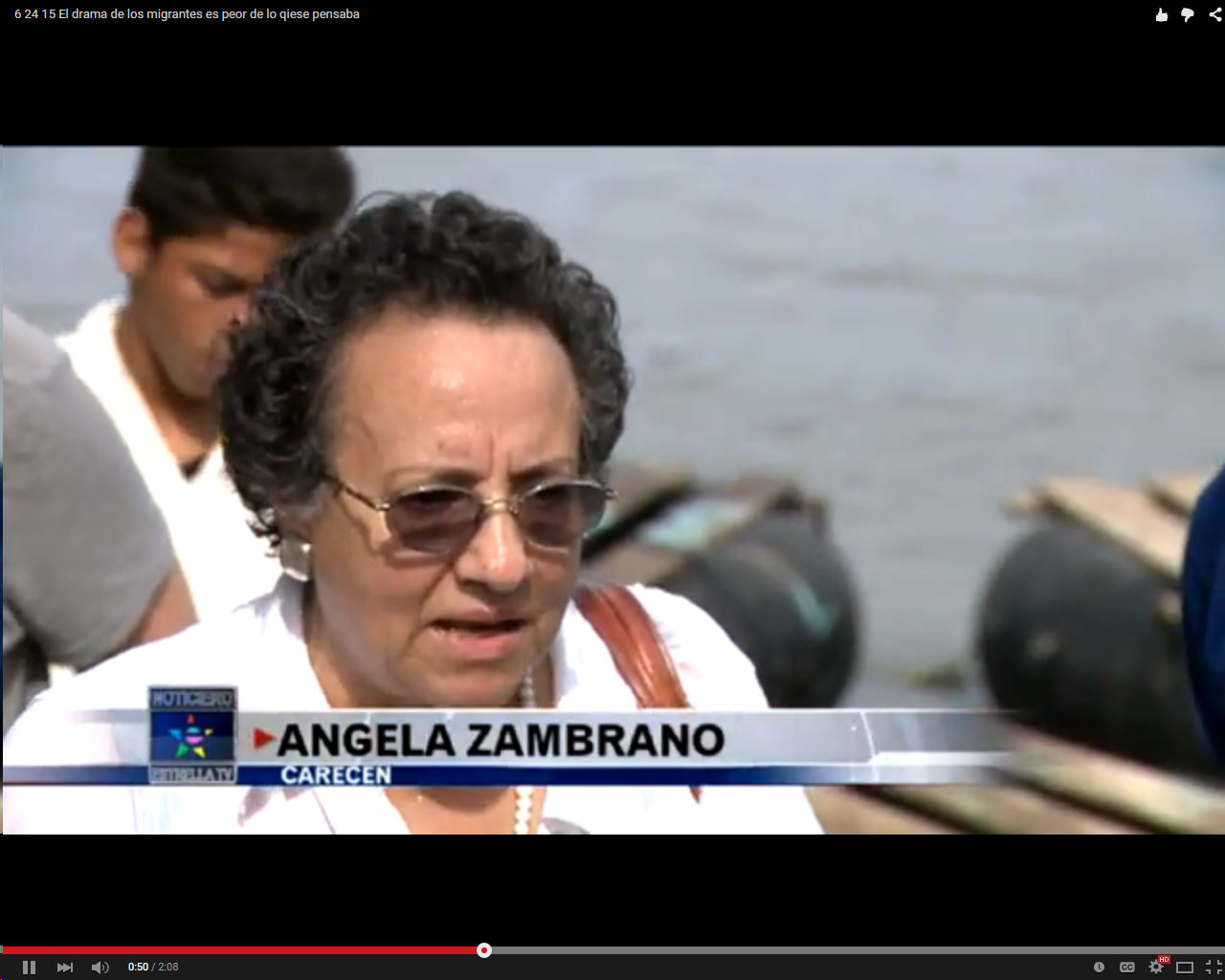 The program Cierre de Edición traveled to the Mexico/Guatemala border following a human rights delegation from Los Angeles that went to investigate how Mexico is treating migrants fleeing the violence in Guatemala, El Salvador and Honduras. The delegation included Ángela Sanbrano, board president at CARECEN.

Administration Falls Short on Humane Response for Unaccompanied Minors Traveling to the U.S.

(June 12, 2014, Los Angeles) -- Over the past year, the humanitarian crisis caused by our broken immigration system has worsened to include tens of thousands of unaccompanied minors who are currently being held in detention centers. The influx of unaccompanied minors, mostly from Central America, attempting to enter the United States has grown at an alarming rate from just below 25,000 last year to the 90,000 that are expected to travel to the United States this year. The conditions in which these minors are held are distressing. Overcrowding and lack of hygiene are prominent. Detention centers have reached capacity and minors are now being transferred to facilities in other states, increasing the difficulty of being reunited with their loved ones.