This morning, on June 23, 2016, the United States Supreme Court handed down its decision in United States v. Texas, the case that involves President Obama’s November 2014 Executive Action  for DAPA and expanded DACA. The Deferred Action for Parents of Americans (DAPA) program would enable the eligible parents of U.S. citizens and green card holders to obtain work authorization and be protected against deportation. By expanding the number of young people who will be eligible for the already existing Deferred Action for Childhood Arrivals (DACA) program, more young people who were brought to the U.S. as minors would qualify for temporary papers and work permits. Together these programs could affect about 5 million eligible applicants, free them from the fear of deportation, and bring their families out of the shadows.

Soon after Obama announced his Executive Actions, twenty-six mostly Republican state attorneys general, led by Texas, filed suit to block the Obama administration from implementing the DAPA and expanded DACA programs, maintaining that the president had overstepped his authority when he established them. Texas claimed it had standing to sue because it was sustaining an injury as a result of the Obama administration’s actions. The state would be required to issue driver’s licenses to DAPA/DACA applicants, and would therefore lose money, since Texas subsidizes the cost of driver’s licenses. The federal government argued that the state of Texas had decided on its own to subsidize drivers’ license costs, and it could raise its fees if it chose. Texas’s injury then appears to be self-inflicted in order to give the state standing to sue. Actually, Texas and the other states are likely to benefit financially from the DAPA and expanded DACA programs. Studies have shown that when undocumented immigrants are able to work legally, they earn higher wages and pay substantially more in taxes. A federal court judge and then the Fifth Circuit Court of Appeals sided with Texas however, and put DAPA and DACA on hold until the U.S. Supreme Court ruled on the case.

The Supreme Court has just announced that it has split, four to four, in its decision in United States v. Texas. This leaves the original order by the federal judge in Texas in place, and DAPA  and expanded DACA cannot be implemented. It does not settle the case permanently, and no precedent is set. A ruling by a future Supreme Court will have to do that. Since President Obama’s nomination of Merrick Garland to replace Justice Scalia on the Court has been blocked in Congress, this means that immigrants and their families are stuck in their present situation at least until after the election in November, and perhaps beyond.

While the decision is certainly a setback, CARECEN is prepared to respond. We will expand our efforts to reach out and educate the more than 80,000 youth in the Los Angeles region who are eligible under the initial DACA program, but have not yet applied. We will also step up our naturalization program. It is estimated that about 770,000 eligible individuals in the county of Los Angeles have not yet applied for naturalization.

For 33 years, CARECEN has been a trusted source of legal immigration services and information, and has partnered with churches, unions, CBOs and government entities to provide informational workshops to immigrant families throughout Southern California, in addition to offering frequent “charlas” at CARECEN.

CARECEN plans to expand its services to low-income, underserved, and hard-to- reach populations at the CARECEN satellite locations in the San Fernando Valley, East Los Angeles and Whittier.  While the San Fernando Valley branch operates full time Monday through Friday, the Whittier and East Los Angeles locations onlyprovide services one to two days a week.  With additional funding, CARECEN could expand the service hours, days and staff at the headquarters and satellite offices where there is a great need and very few service providers in the area.

CARECEN will also continue to raise the voices of immigrant families who are suffering under inhumane immigration and deportation policies and will highlight the root causes for migration and a worldwide refugee crisis. But to do these things we need your help. Every day, families come to CARECEN looking for information, support and assistance. We are committed to helping everyone that we possibly can, but our resources are limited. Your support makes a tremendous difference. I am asking you—despite the Supreme Court—to help us make 2016 a year when we can help more families find peace and justice.

Please say “Yes” to our families in need by making your donation today. 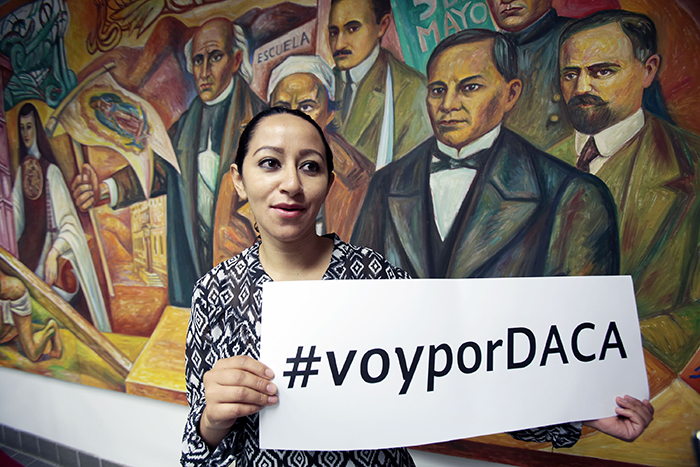 La Opinión on Monday, October 12, 2015 published an op-ed article by CARECEN Executive Director Martha Arévalo about the need to prepare for a surge in DACA and DAPA applications once court obstacles are cleared. 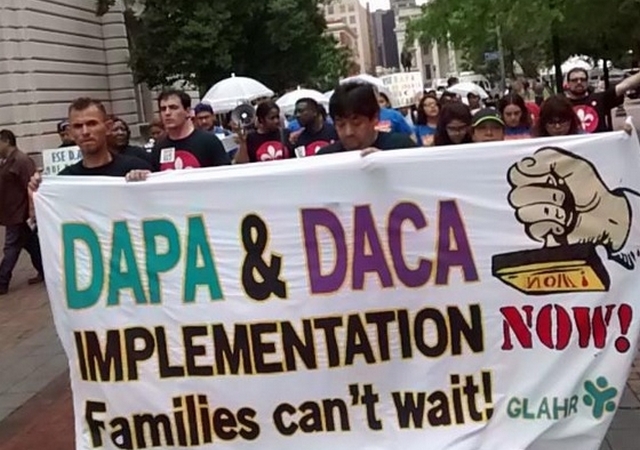 La Opinión quoted CARECEN in an article on July 9, 2015, previewing a hearing at the Fifth Circuit Court of Appeals regarding whether DAPA and DACA programs are constitutional and can go forward. 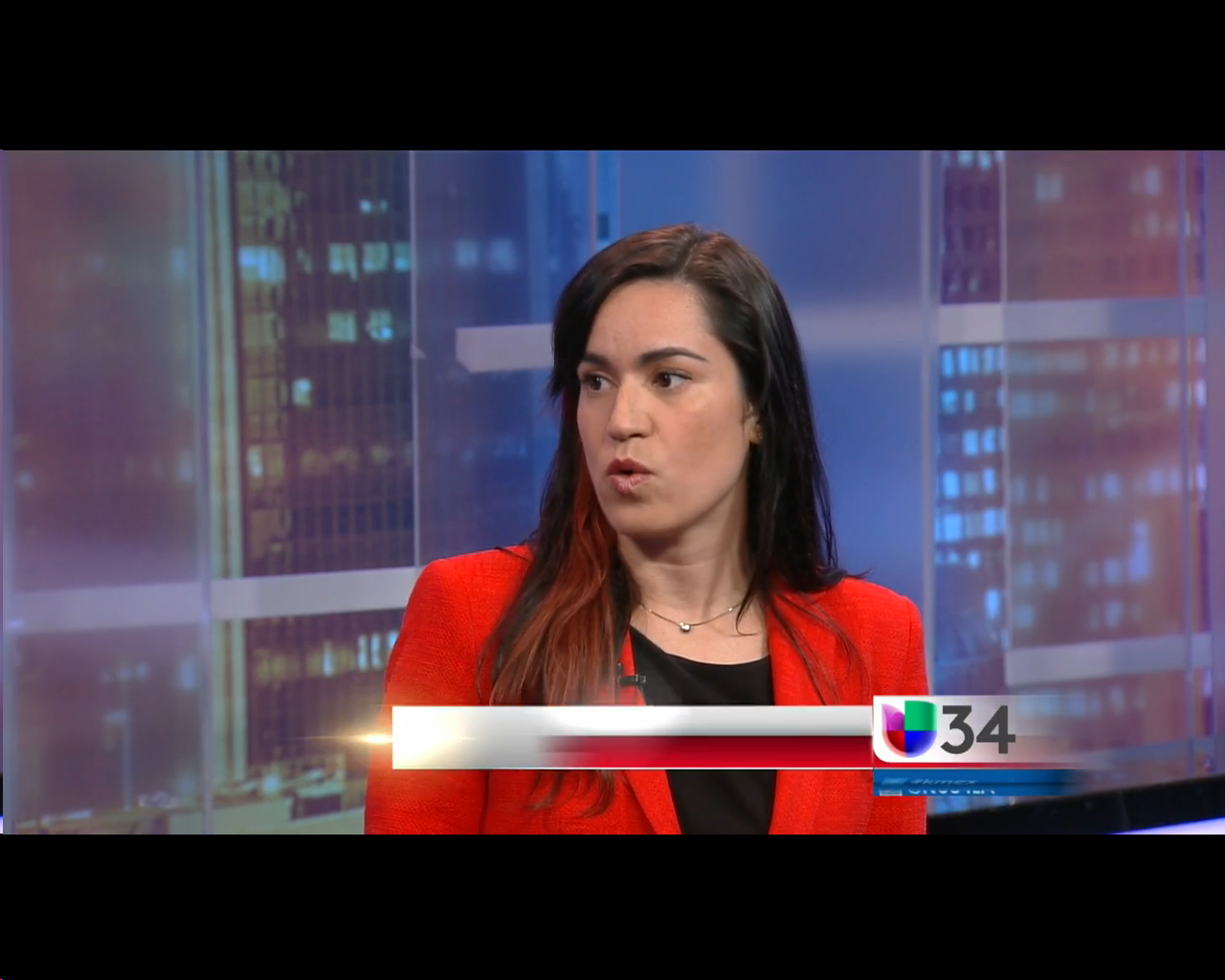 CARECEN attorney Erika Pinheiro was interviewed by Univision on June 12, 2015 regarding tips for those who might qualify in the future for DACA and DAPA, and what they can do while the programs are reviewed in the courts. 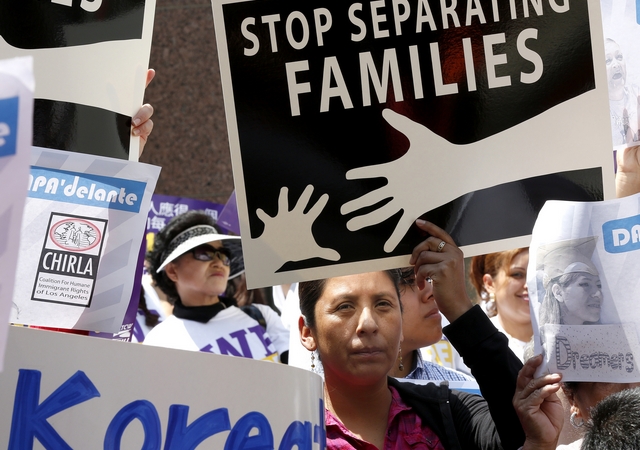 CARECEN: Judge Hanen’s Ruling on State Lawsuit to Block DAPA/DACA Programs Is a Temporary Setback and Part Of a Cynical Attack on Immigrants

CARECEN: Republican Efforts to Defund Dapa/Daca, as Well as Lawsuit to Block These Programs, Are Cynical Attacks on Immigrants

(January 16, 2015, Los Angeles) – This week’s efforts by Republicans in Congress to defund deferred action programs for immigrants, as well as a lawsuit by 25 states claiming the programs are unconstitutional, are cynical, mean-spirited attacks on immigrants that show Republicans’ lack of commitment to immigration reform, said CARECEN Executive Director Martha Arévalo.