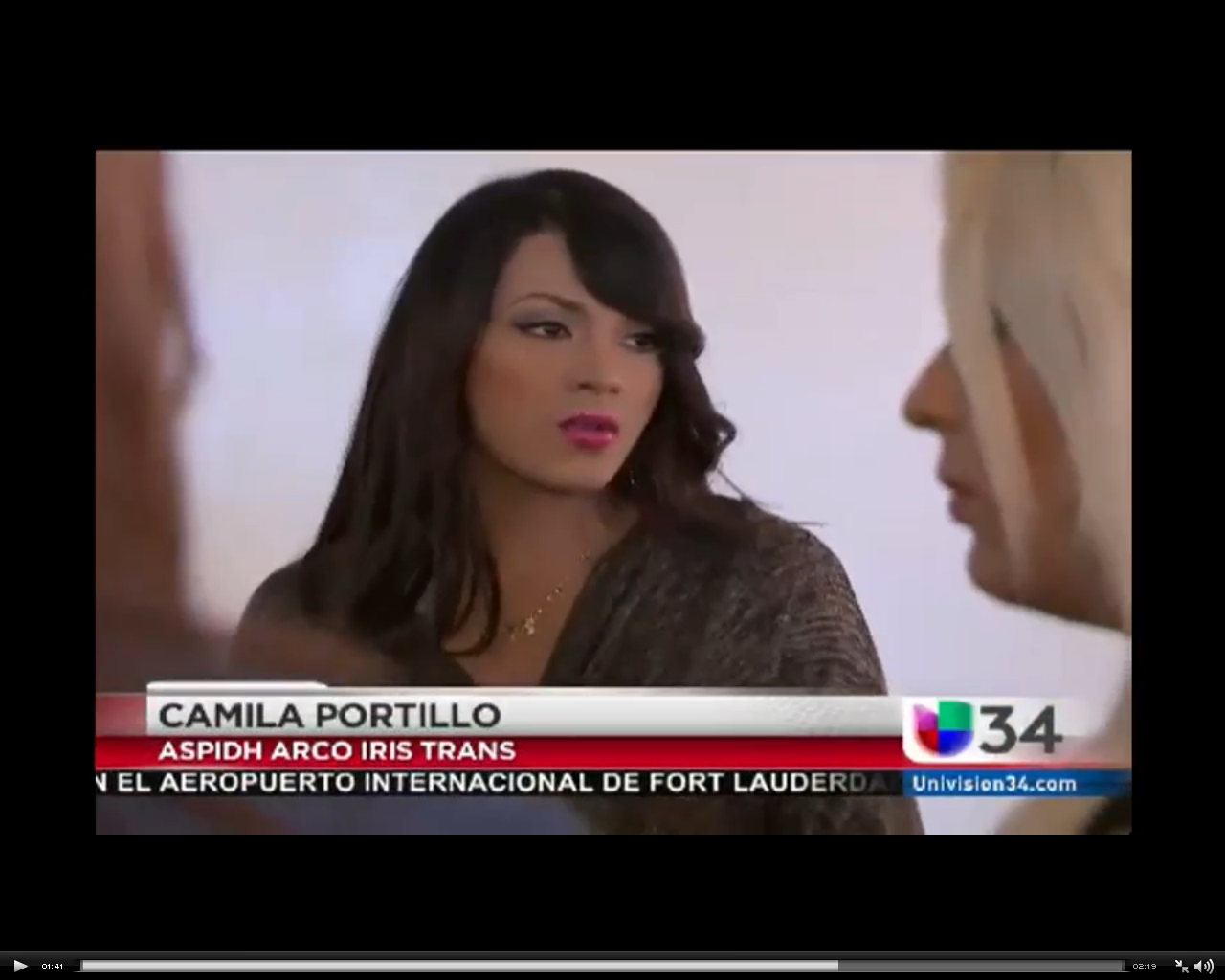 Univision's Norma Roque aired a long story about ASPIDH Arco Iris Trans, a human rights organization formed by trans women in El Salvador to fight for the civil rights of transgender people, including a law allowing them to identify themselves in legal documents according to the sex with which they are most comfortable.

The women traveled to Los Angeles in October to generate awareness of their cause and of the dangers that transgender women face in El Salvador. They held a fundraising event at CARECEN on October 29, 2015.