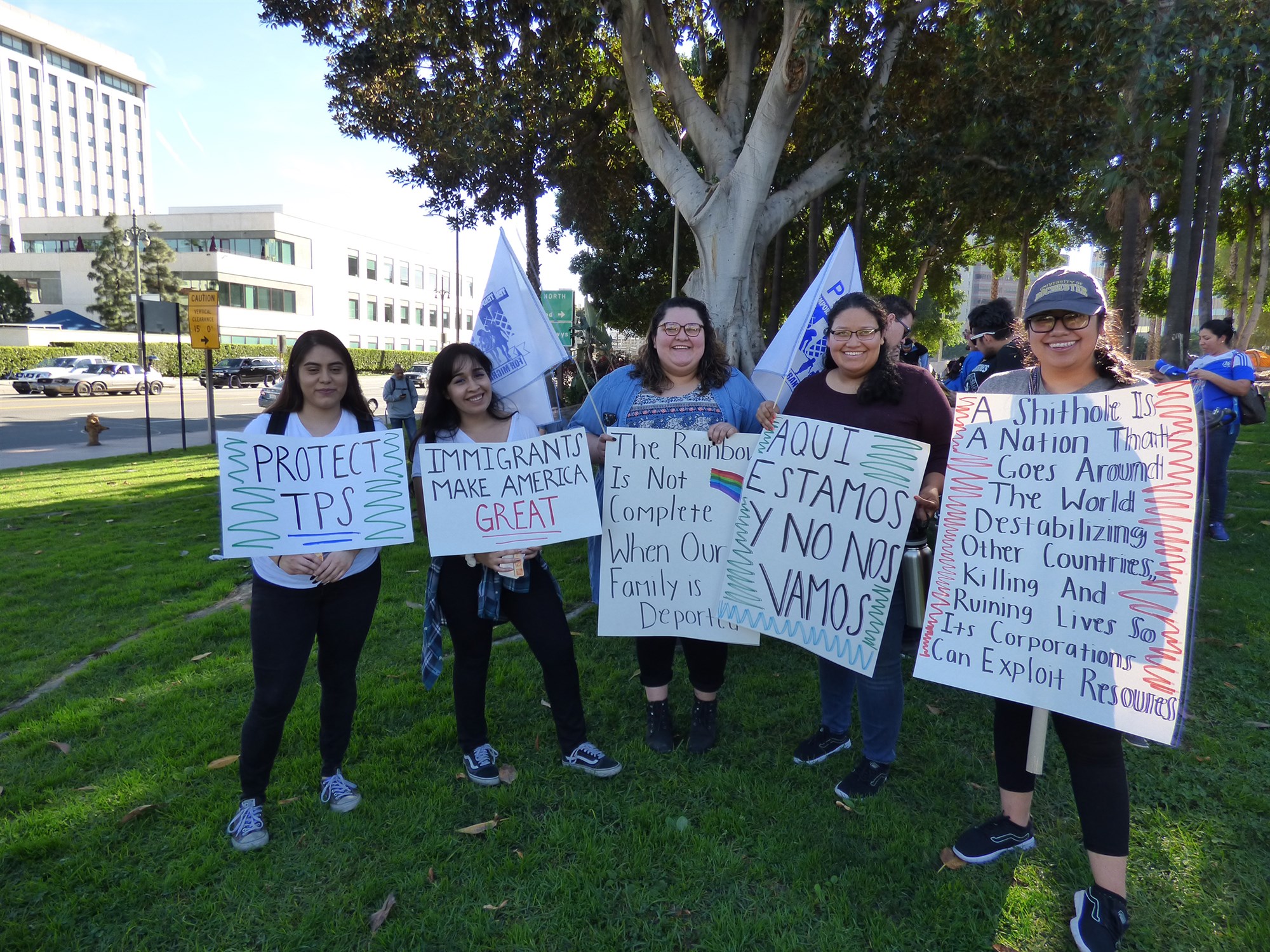 A group of Temporary Protected Status (TPS) holders and their U.S. citizen children spoke out in court in support of a ruling that blocked the Trump administration from ending their families' protected immigration status.

At a hearing on Wednesday at the Ninth Circuit Court in Pasadena, California, the families asserted that the administration's intent to end TPS for hundreds of thousands of immigrants is “fueled by racial animus."

The lead plaintiff in Ramos vs. Nielsen is Crista Ramos, who is 15 and a high school student.

“I only learned about TPS when the president tried to end it for my mom,” she said in a statement. “But as a child of a TPS holder, I didn’t think twice about standing up to the president to defend my mom and our family.”

Ramos, who wants to be attorney someday, is worried that her mother, who is from El Salvador, will lose her legal immigration status if TPS protections are ended for Salvadorans, despite the dangerous conditions in the country. Her mother has been a TPS holder for 17 years and has lived in the U.S. for the last 26 years.

Pres. Donald Trump’s rhetoric surrounding immigration, including referring to certain places as “sh-thole” countries, claiming Haitians “all have AIDS” and calling Mexicans rapists, demonstrate that his administration is motivated by racial hostility, say the plaintiffs in Ramos v. Nielsen.

Since President Donald Trump took office in January 2017, his administration has announced they would end TPS designations for immigrants from El Salvador, Haiti, Nicaragua and Sudan. Congress established the TPS program as a form of humanitarian relief through the Immigration Act of 1990, giving immigrants from certain countries that went through war or natural disasters temporary legal status since it was too dangerous to return to their countries at that time.