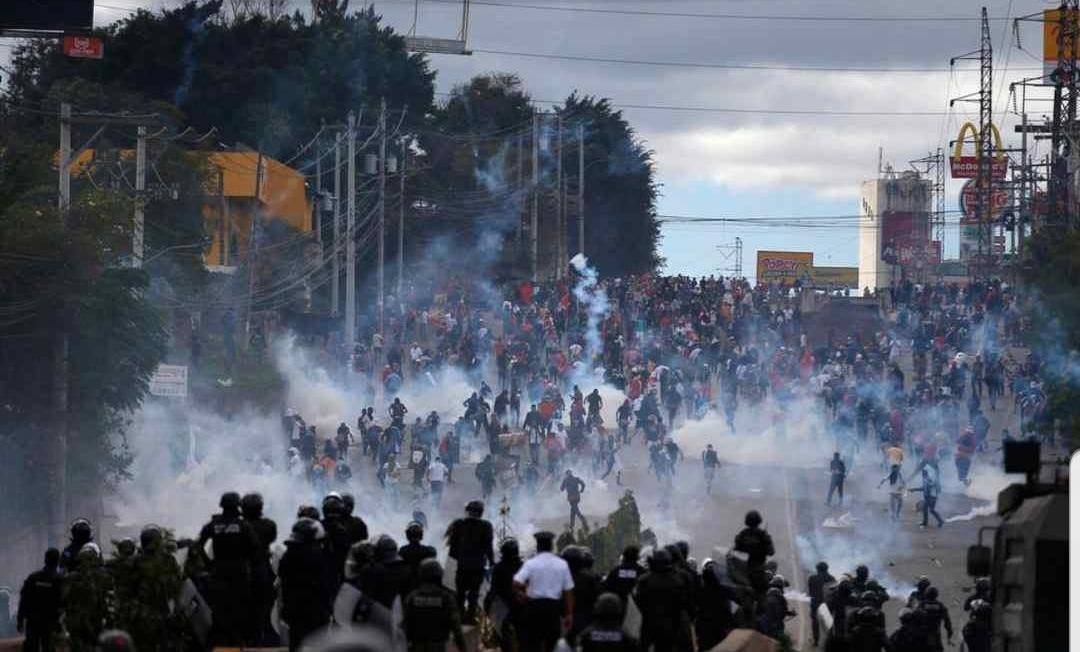 CARECEN- Los Angeles condemns repression in Honduras in response to

national actions across the country held by teachers and doctors

Los Angeles, CA – Tegucigalpa, Honduras – This past weekend Honduras experienced a wave of protests in response to Congress approval laws to restructure and privatize the health and educational industry. Teachers and students joined together with medical employees and staff to call for national actions denounced these decrees. Authorities attacked nearly ten thousand university students and teachers as well as workers in the medical industry. Students have mobilized throughout the country calling for a national day of action against privatization.

“The people of Honduras are facing a corrupt, authoritative government that has a history of repression and violence against its own people. Members of our staff have also witnessed first hand the massive human rights violations and use of repressive weapons against women, men and children in Honduras.

Nationally, there is a systematic effort to privatize key social services and institutions such as education and healthcare. This, combined with the influx of extractivist industries has destabilized local economies and destroyed opportunities for Hondureños. For months, the world has witnessed a mass migration of Hondureños in the form of caravans fleeing economic insecurity, state repression, criminalization of human and environmental rights activists and widespread violence.”

The proposal that is being challenged  has been called “Law of Labor Massacre in Health and Education " with more cuts to labor this will only continue to force migration. For years, Honduras has called for the ousting of Juan Orlando Hernandez. Under the hashtag #FueraJOH a movement to delegitimize JOH and inspire others.