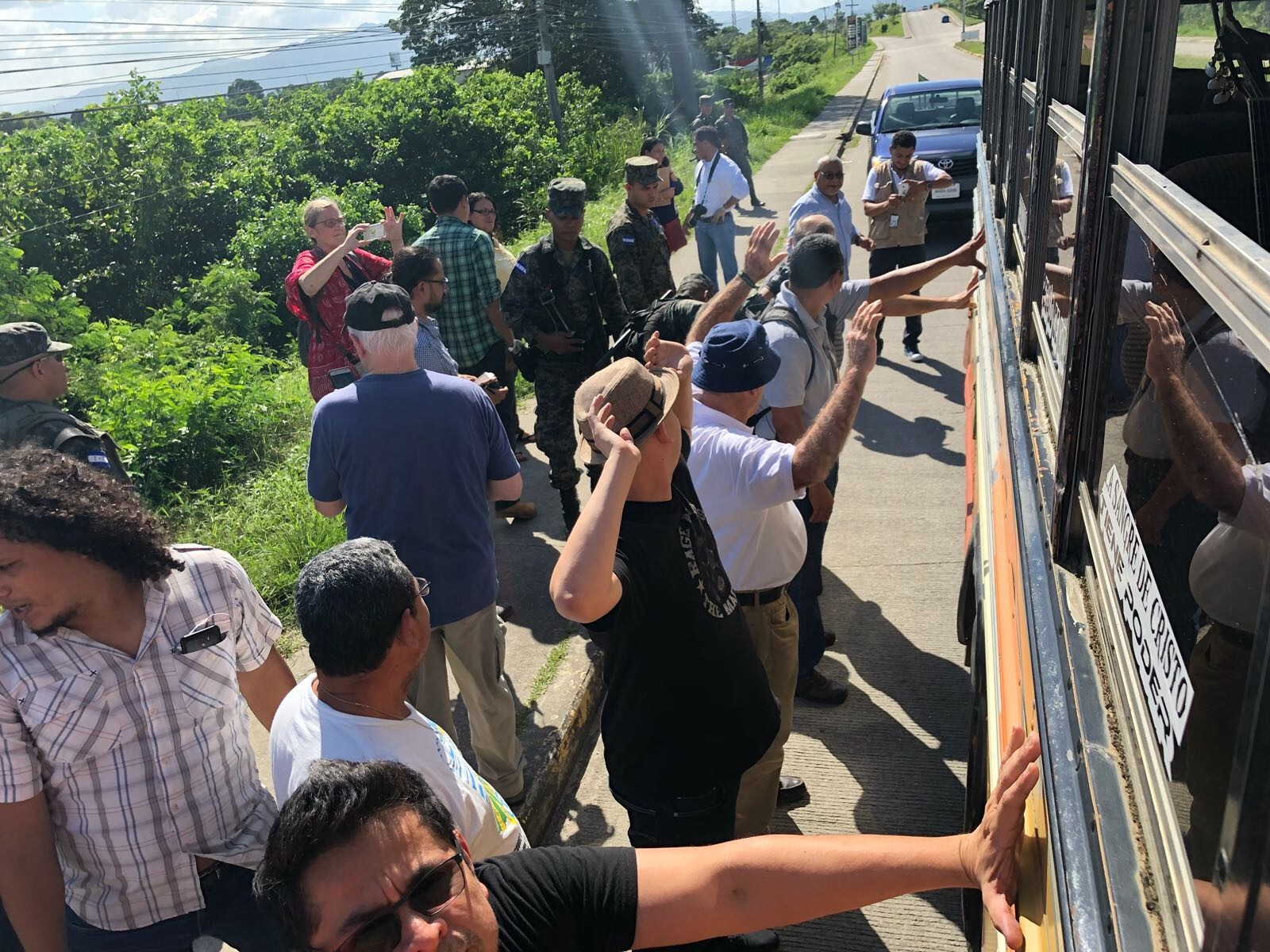 Martin Pineda, a staff member of CARECEN-LA, will be traveling to Honduras on Jan 24, to join 50 faith and social justice leaders from the United States to observe the ongoing civil strife affecting the country since the contested presidential elections in November of last year. CARECEN- LA and the rest of the delegation seek to encourage respect for human rights activists, journalists, and other advocates of democracy who have been arrested and acted upon with violent force. Reports indicate that more than 40 civilians have been killed and over 1,000 detained or injured by Honduran state security forces. Activist leaders like Father Melo of ERIC-Radio Progreso have received numerous death threats from state and unknown actors over the years, with instances increasing in the last few weeks. We demand the end of the repression against human rights and democracy defenders.

The faith leaders and social justice advocates seek mediation with international presences to end the political crisis that has put the life of many in jeopardy. Even if the U.S. government has recognized the announced results of the elections, the majority of the international community recognizes the extreme high probability of fraud in those results and supports the opposition’s call for a re-count or new elections.  Leaders of the opposition Alliance in Honduras initiated a national strike leading up to the inauguration of Juan Orlando Hernandez on Saturday, January 27. The opposition Alliance demands an end to the violence against peaceful protestors and the removal of Hernandez from office.

As a Central American immigrant rights organization, we consider the continued political and military support provided by the United States as a green light for this illegitimate regime to continue its state sponsored repression. CARECEN-LA has seen this type of violence before during the 1980’s, as thousands of Central American refugees fled the bloody U.S sponsored civil wars that destabilized the region and the situation in Honduras unfortunately reminds us of that tragic era that led so many to seek refuge in the United States. CARECEN-LA’s mission continues to be to empower Central Americans and all immigrants by defending human and civil rights, working for social and economic justice and promoting cultural diversity. The situation in Honduras is frightening, as US support for a de facto dictatorship in 2018 is a blow to democracy, human rights, and refugee rights throughout the hemisphere. We stand in solidarity with all those who are tired of living under the corruption and violence of the current government, and call upon the international community to reject the destruction of democracy in Honduras and the repression of peaceful protestors. We also call upon our own US government to cease its economic, military, and political support for the continuity of an obviously illegitimate government.