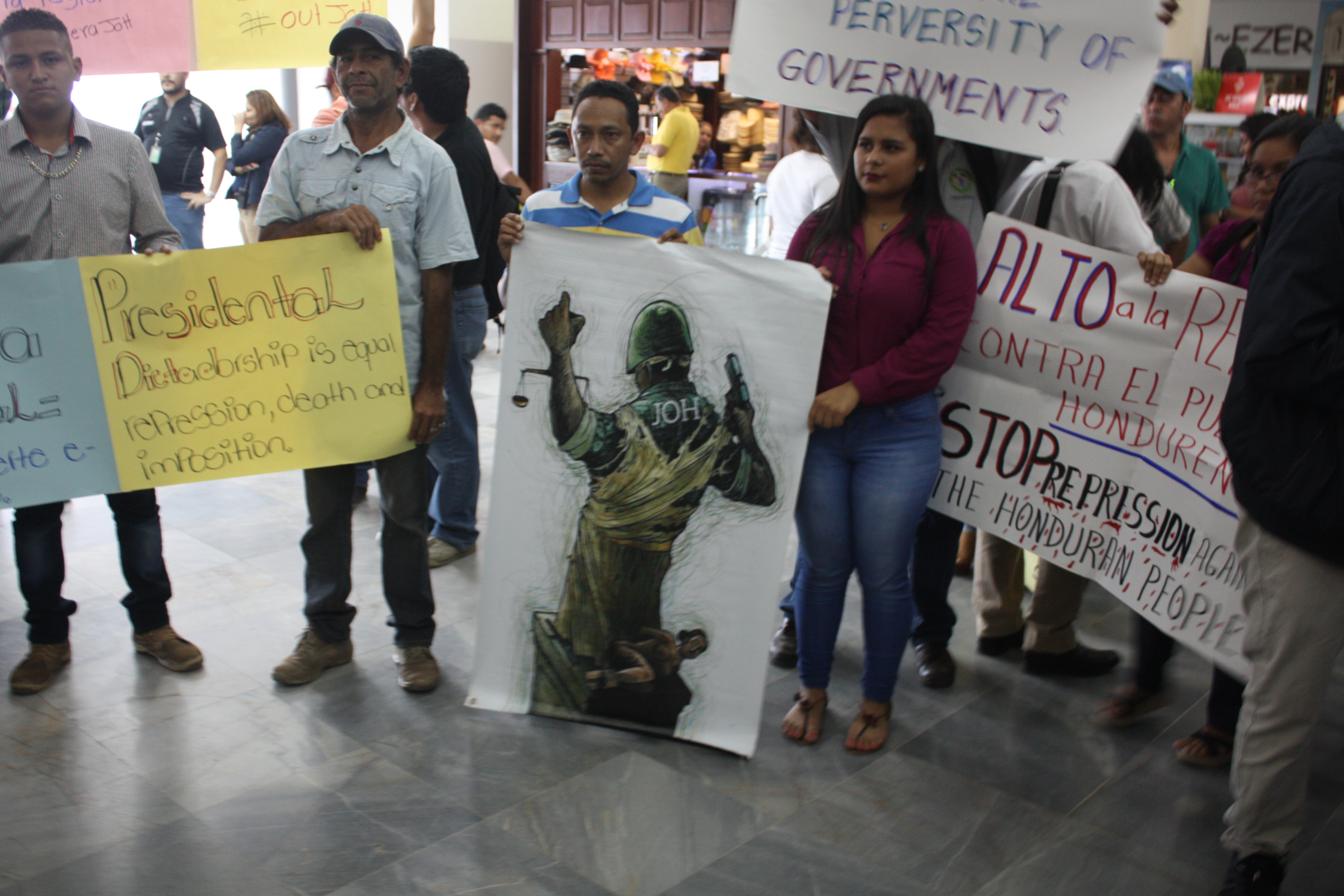 On January 24, 2018, a delegation of 50 interfaith and social justice leaders from the United States and other countries arrived in San Pedro Sula, to begin a week-long observation, aligning their efforts with the national strike led by the opposition leaders of Honduras. Upon arrival, our staff member Martin Pineda was transported to Radio Progresso, a Jesuit station that has had many threats of being shut down for their role in the resistance of denouncing the repression in Honduras.

As members were on their way for a press conference at the Ramón Villeda Morales airport and to meet the rest of the delegation, they were stopped by military police for approximately an hour. During this checkpoint, the military police asked everyone to get off the bus and line up to be searched. All men and women were patted down from head to toe; this is just a small sample of the active military presence that is visible on every corner in Honduras during these critical political times.

The staff of Radio Progresso along with the interfaith leaders led a press conference where they denounced the violence and death threats against community leaders. The leaders also stated their demands that the United States government: withdraw their recognition of the controversial election of Juan Orlando Hernandez’ presidency, cut all economic aid to military forces, and stop all deportations. Father Melo, a spiritual leader of the resistance in Honduras, whose life has been under threat, led prayers to honor the fallen victims of the repression in Honduras since the November elections. Father Melo has a long history of leading the resistance and informing the community of harsh realities Hondurans endure that usually are not reported through the mass media in Honduras and internationally.

The delegation will participate in various activities throughout the week-long convening in Honduras, seeking peace and justice for the Honduran people. The group will be staying in El Progreso, a town full known for its history of resistance. Stay tuned to for updates live from Honduras covering the political crisis in the country. 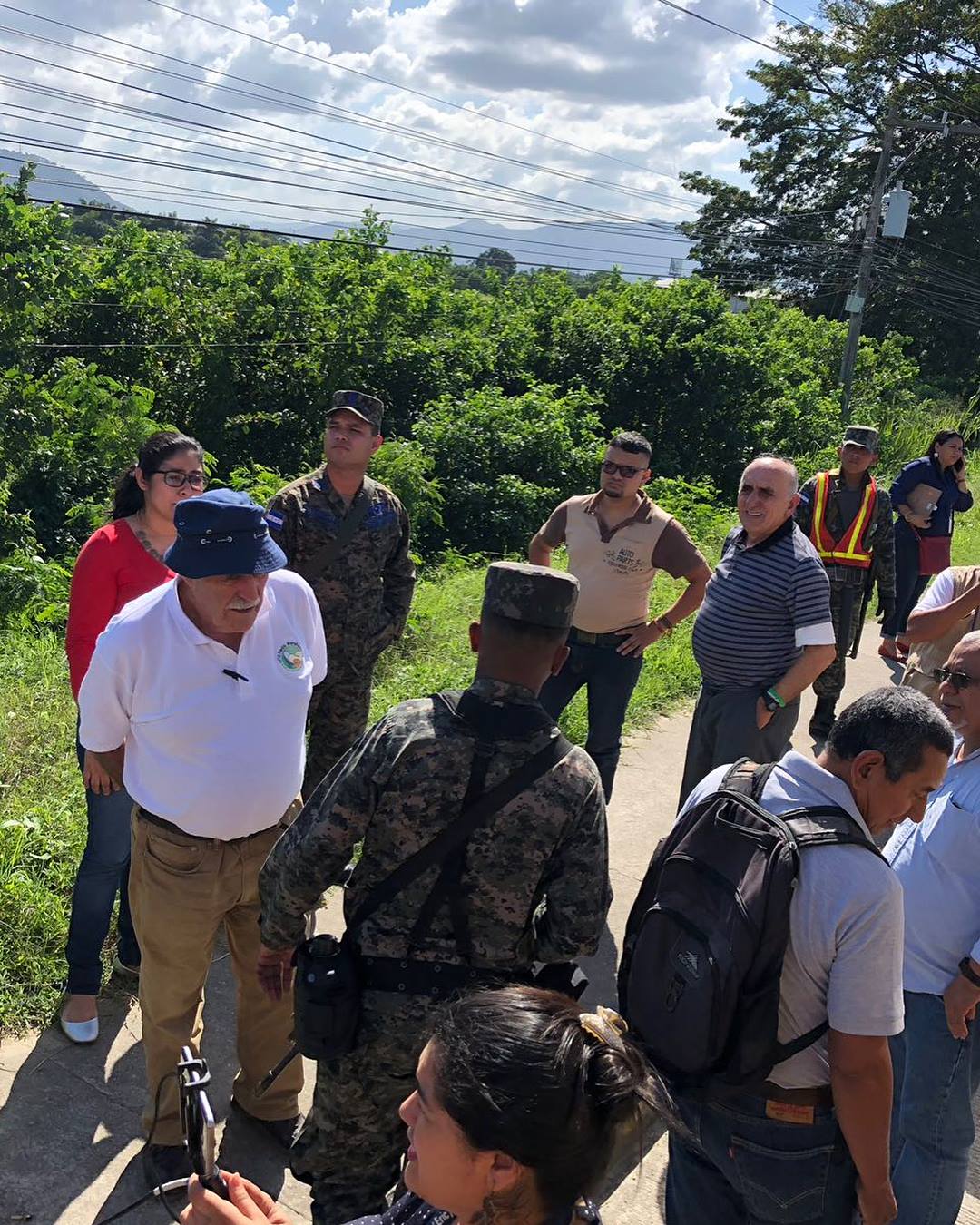 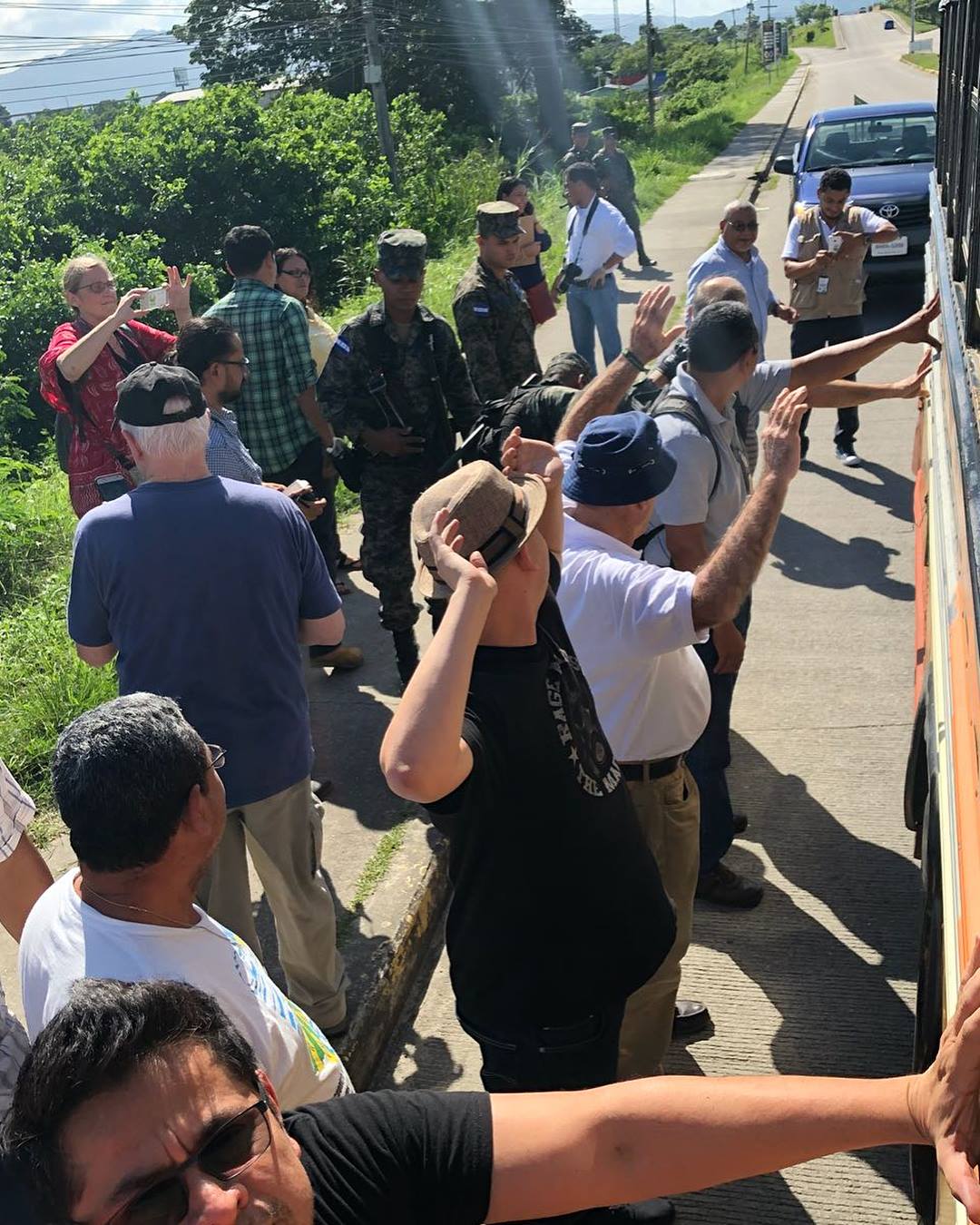 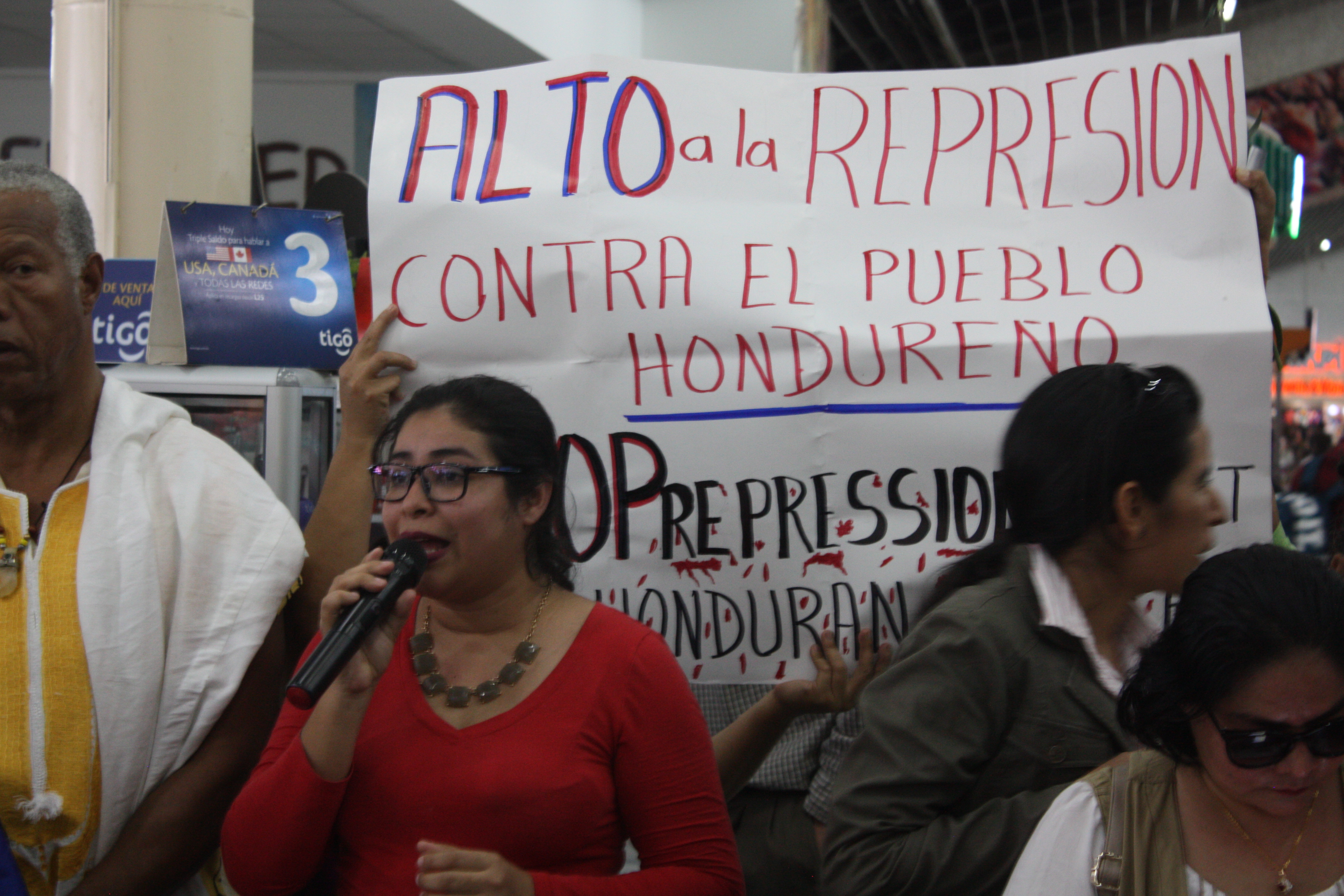