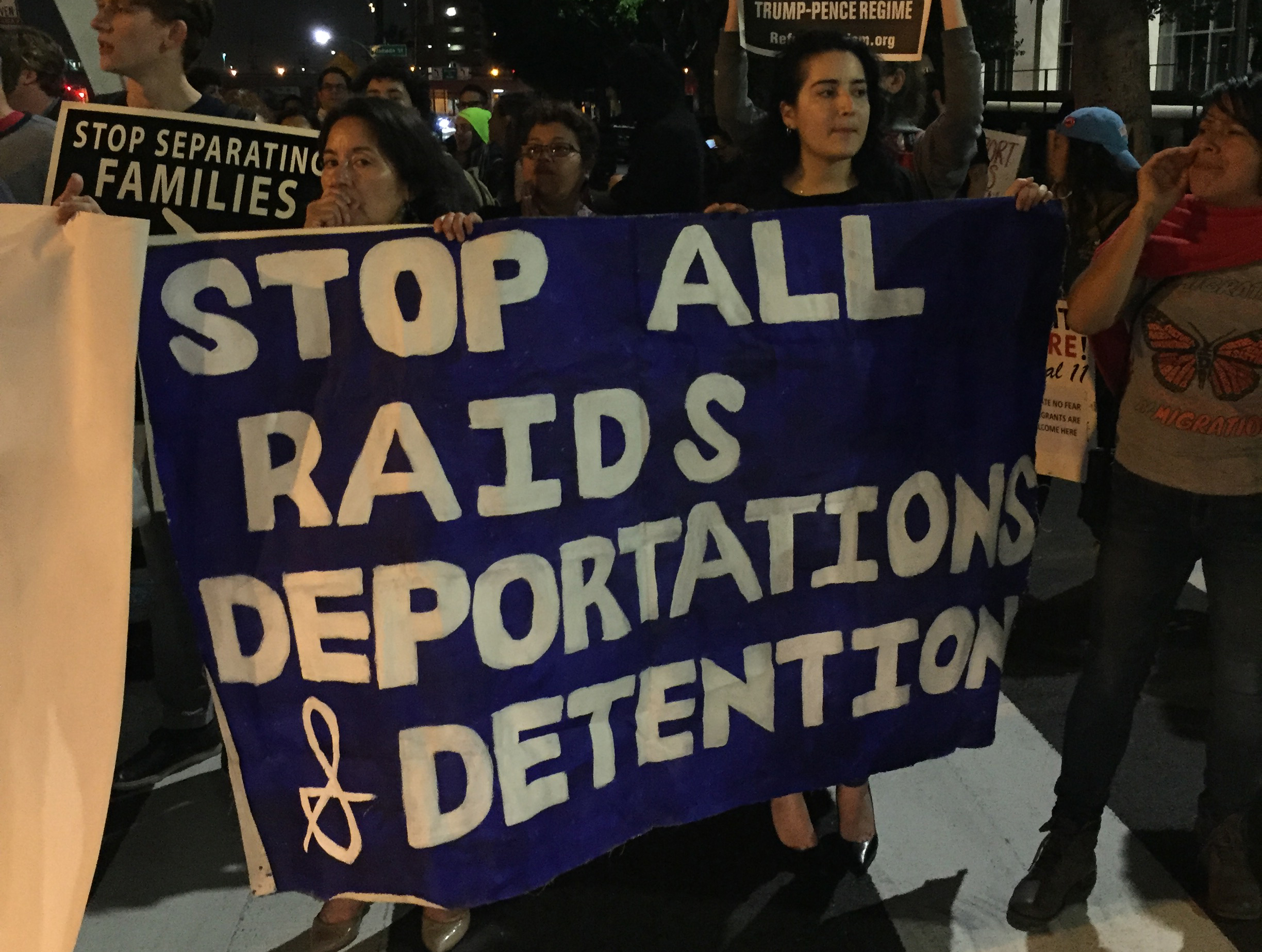 “In these critical moments it is important not to lose our composure. We must remember that the current administration is deliberately engaging in tactics to instill fear and anxiety in our communities in order to advance a divisive political agenda. This is an opportunity for our communities to come together, to organize and to learn our rights when confronting federal agents and ICE. Although the administration has announced a delay in executing raids, we must remain vigilant and informed of our rights.

“The rhetoric aims to criminalize immigrants for “missing their day in court” because they are not bona fide asylum seekers. In reality, the US immigration system is extremely complex and difficult to navigate particularly for recent arrivals fleeing harm. Yet, the administration has engaged in tactics to deprive asylum seekers of access to counsel and due process.

However, recent studies tell a very different story. The vast majority of Central American asylum seekers appear at their hearings with or without counsel. When represented by counsel, 99 percent appear at each and every hearing. This data contradicts to the rhetoric and exposes this a systemic problem not an individual”

The administration has pushed an intentionally deceptive narrative that recent arrivals from Central America rarely appear in court because they are not bona fide asylum seekers.

However, recent studies tell a very different story. The vast majority of Central American asylum seekers appear at their hearings with or without counsel. When represented by counsel, 99 percent appear at each and every hearing. This data stands in stark contrast to the Administration’s rhetoric and reflects the humanitarian crisis that Central American families have fled.

In Los Angeles, this moment reinforces the importance of  he LA Justice Fund  and serves as a reminder to elected officials of the need to prioritize, renew and expand the program in the coming months.

Despite the climate of fear and uncertainty the Administration has created, CARECEN-LA will double down on our commitment to organizing  and educating our community about their rights, while also warning them about fraudulent immigrant consultants that seek to prey on people's fear.

Most importantly we must continue to challenge this Administration’s  false narrative about Central American refugees and the use of ICE as a political ploy to target and terrorize immigrant communities.