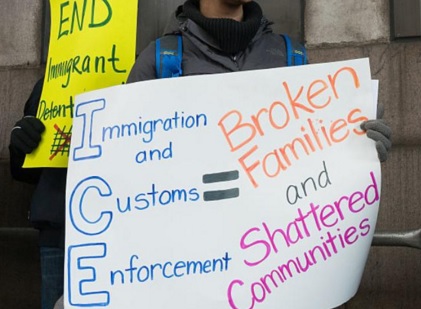 The LAUSD school board unanimously adopted a resolution on Tuesday that formally bans ICE agents from coming onto school property without permission. After the deportation raids in January and the hurtful rhetoric circulating around the immigration issue at the Presidential debates expressed through the media, the community has felt a heightened sense of fear. This move was to help appease that fear. VICE interviews the President of the LAUSD Board of Education, Steve Zimmer, and CARECEN's Director of Communications, Teresa Borden, on this decision and why it is important.