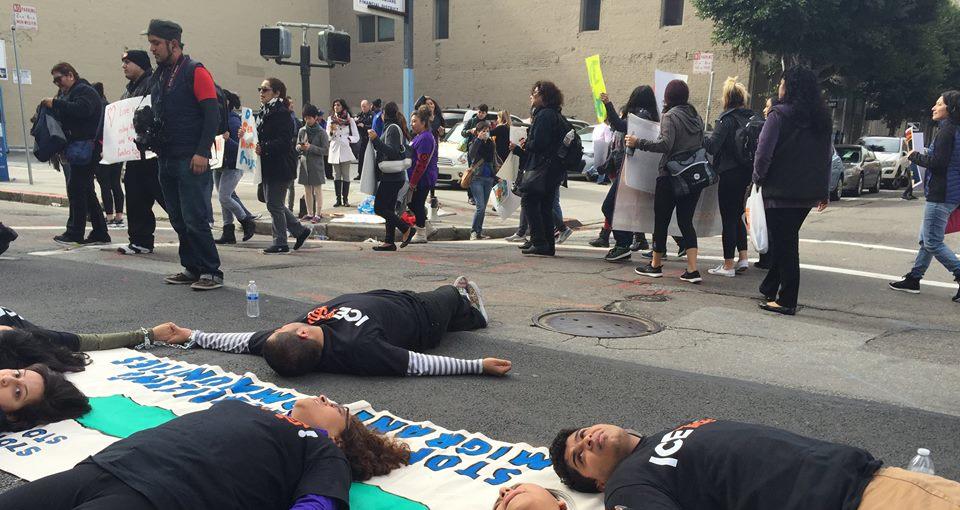 Univision reports on the protest on January 26, 2016, which was organized by groups like CARECEN, CIYJA, and IYC. The protest was held in both San Francisco and Los Angeles, where demonstrators participated in a civil disobedience and resisted arrest by blocking traffic, while chained together or linked with tubes called "sleeping dragons." The protests were held near federal buildings to denounce the US government for deporting refugees back to their violent home countries where they face death, and to demand an end to the raids and deportations.