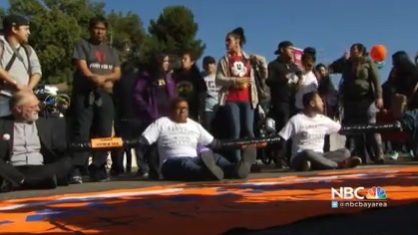 On January 26, 2016, CARECEN and allies like CIYJA and IYC organized a protest in front of federal buildings in Los Angeles and San Francisco. Activists stopped traffic and resisted arrest by chaining themselves together and conjoining themselves with "sleeping dragons" (tubes) to demand an end to the deportation raids that are terrorizing Central American refugees.