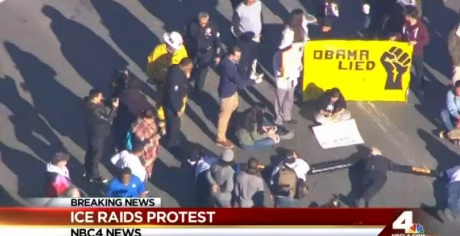 NBC reports on the January 26, 2016 protest held by immigrants-rights organizations and activists in response to the deportation raids of Central American refugees and after 22 Democratic senators asked President Obama to stop the recent rounds of deportation raids. Protesters blocked off traffic in front of the downtown Los Angeles Federal Building, and eight were arrested for failing to disperse.