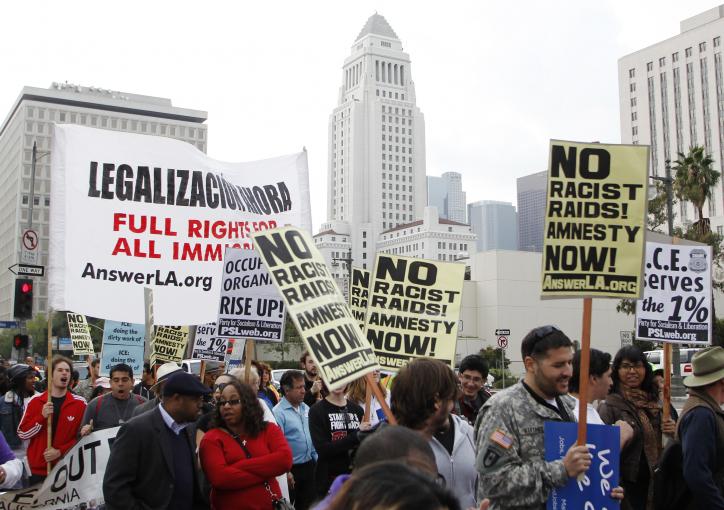 Immigrants-right activists who have been demanding an end to the ICE deportation raids protest in downtown Los Angeles in front of the Federal Building, after their sentiments were echoed by 22 senators and over 200 NGOs who also asked President Obama to stop the deportation raids against Central American refugees. Protesters took over the intersection at Los Angeles and Temple St. Eight were arrested for failing to disperse.