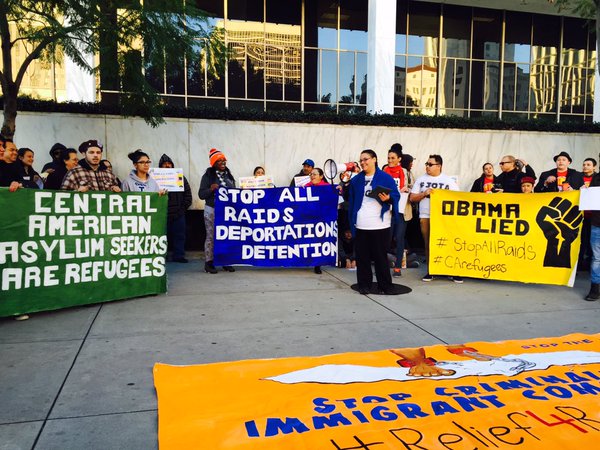 Latin Post reports on the protest organized by immigrants-rights organizations like CARECEN, CIYJA, and IYC on January 26, 2016. The protest was held in front of the Los Angeles Federal Building, in response to the immigration raids and deportations that have been occurring with the support of the US government. Activists denounce the raids and adamantly say that the Central American migrants are refugees who are seeking asylum and need protection.