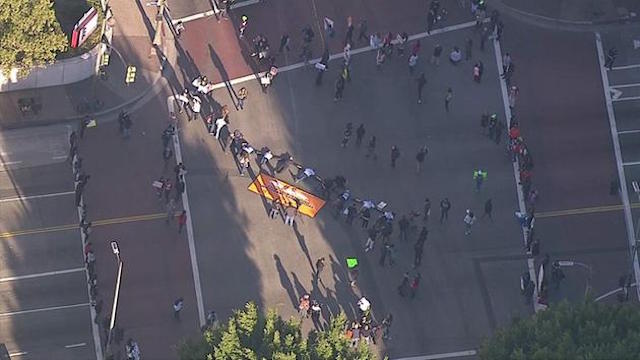 Hundreds of protesters came together in downtown Los Angeles in front of the Federal Building in response to President Obama's continuing policy of conducting deportation raids against Central American migrants who should be properly classified as refugees seeking asylum. The raids target mothers and children who are fleeing extreme violence and death in their home countries, Deporting them will make them exponentially vulnerable to death. 22 senators recognize this massive issue and have asked President Obama to stop the raids. The protest blocked traffic on a Tuesday morning, and eight protesters were arrested for civil disobedience.