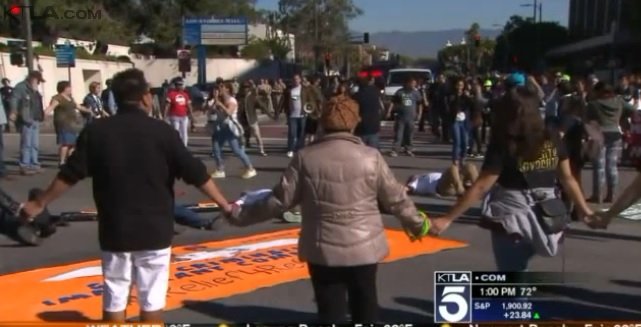 KTLA reports on the protest held by immigrants-rights activists and organizations in response to the deportation raids against undocumented Central American immigrants. In the report, several protesters, including CARECEN's Tessie Borden, share why there needs to be a change in the current immigration policy and the need for Central American migrants to be properly recognized as refugees. Eight people were arrested at the protest for failing to disperse and peacefully resisting arrest by linking themselves together, while blocking traffic in the middle of the downtown intersection, with devices known as "sleeping dragons," which are made of PVC pipes.