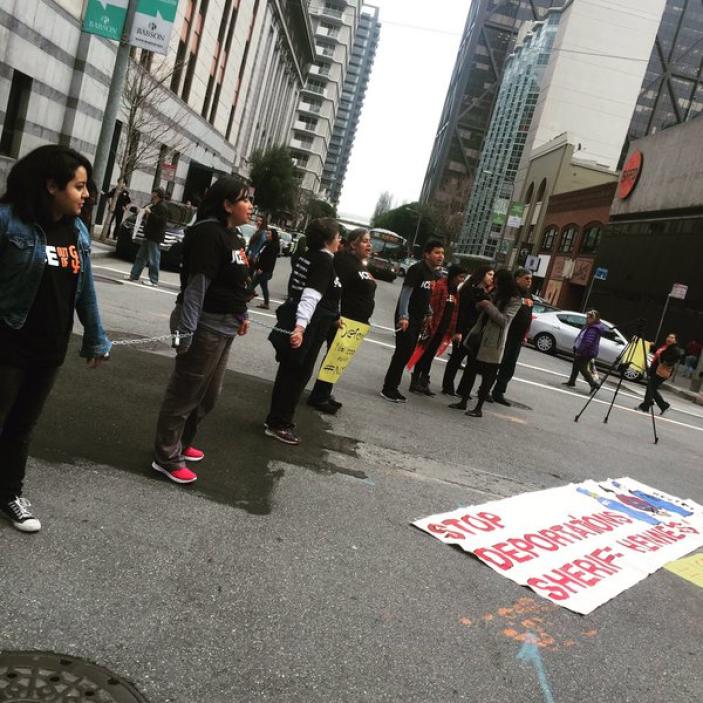 KCBS AM Radio reports on immigrants-rights activists who shut down traffic on January 26, 2016 in Los Angeles and San Francisco to protest against the ICE raids and deportations of Central American refugees. A number of activists in both cities got arrested for failing to disperse and resisting arrest by sitting in the middle of the intersections, linked together. The action was organized by CARECEN and organizations like CIYJA and IYC.