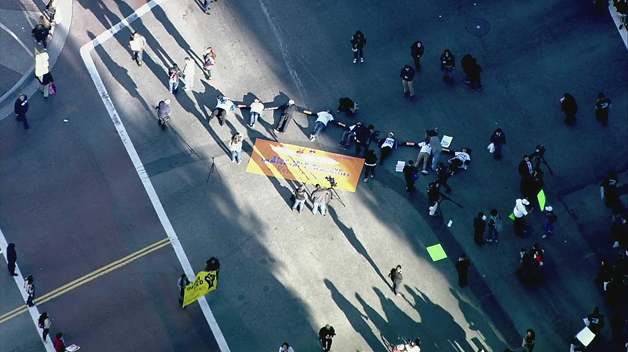 Protesters in downtown Los Angeles temporarily blocked traffic and closed the 101 freeway onramps and offramps at the Los Angeles St. exit. Activists brought attention to the plight of Central American migrants who, instead of being granted asylum and refugee status, are being deported due to the Obama administration.