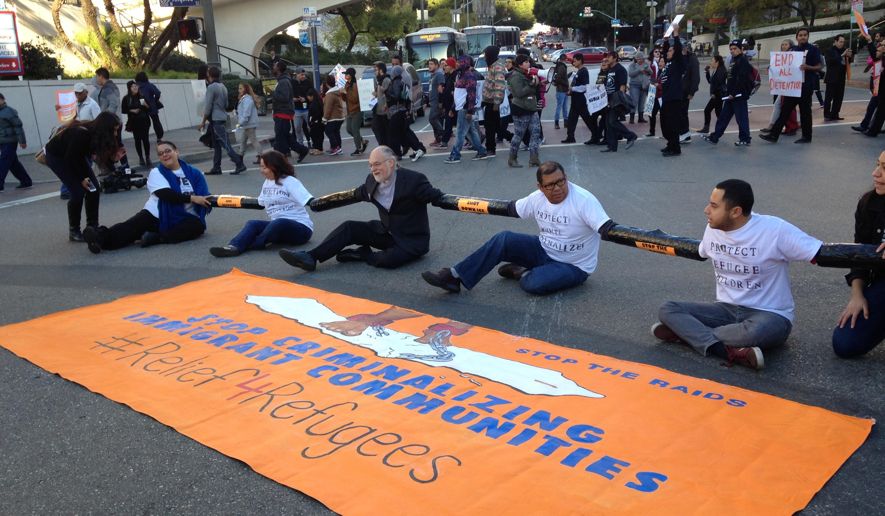 The Associated Press reports on the protest held on January 26, 2016, organized by CARECEN and allies like CIYJA and IYC. Eight immigrants-rights demonstrators blocked traffic in front of the ICE building in downtown Los Angeles by linked together, and got arrested for suspicion of unlawful assembly. Protesters reiterated that deportation raids are not welcome and that Central American migrants, many who are women and children, be properly recognized as refugees who are seeking asylum.