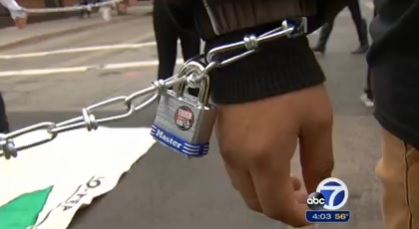 On the morning of January 26, 2016, activists simultaneously blocked off traffic in two of California's busiest cities — Los Angeles and San Francisco — to protest against the ICE raids and mass deportations of Central American refugees. The action was conducted by organizations like CARECEN, CIYJA, and IYC.